unlimited enthusiasm, and a metallic owl on stage 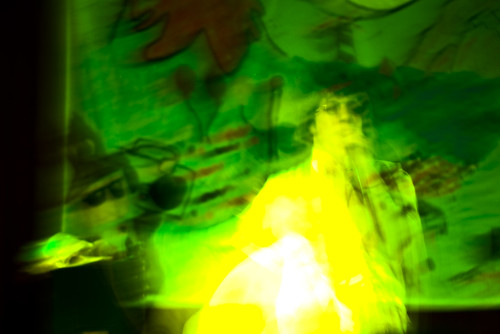 I also saw Harry and the Potters and Neumo's last night. The few photos I took were terrible, but the show was awesome as usual. Pretty much the only thing you need to know is that their encore ended with a rewritten cover of "Smells Like Teen Spirit". Because the floor was for the all ages part of the crowd, a lot of people went nuts without any twinge of inner conflict.

But really, if you were in a wizard band and had a chance to play a Nirvana song and have everyond dance like crazy to it, wouldn't you do it, too?