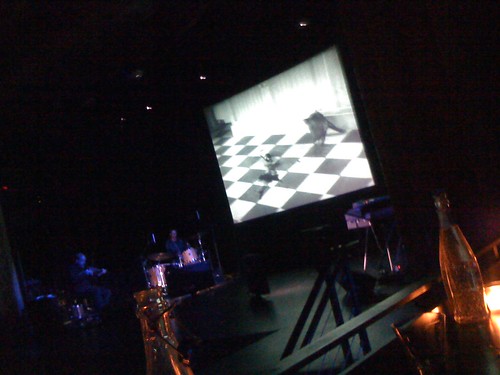 For a while there, you couldn't help but run into the Album Leaf on television drama soundtracks or earnest public radio programs, leading you to wonder whether there was anything that their gauzy post-rock couldn't make compelling. Tonight, by performing an original score for Sunrise, they showed that there isn't. With the band's backing, this scene with a pig drinking wine felt like the most joyous and momentous thing I'd ever seen.