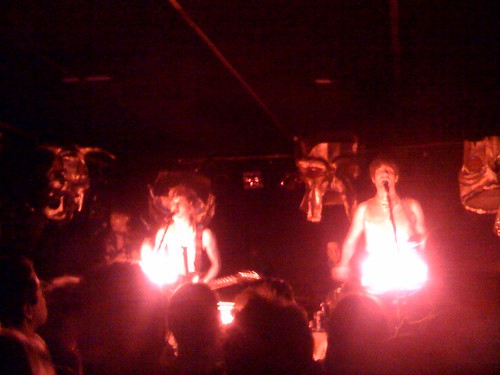 At the Mercury Lounge on Saturday night. The room was packed at midnight, the show started a half an hour late, and by the end the crowd had thinned. Apes and Androids put on something more of a "performance" than a concert. But a lot of energy, shiny spandex, golden light up paper mache monster robots, and a bit of crowdsurfing.

Openers Die Romantik were pretty good, but we were standing behind some extremely wretched people who were overdrunk, loud, unsure of which band was playing, and very interested in taking as many self-portraits as possible during the end of their set.

There are some good photos here [flickr]. I am in one of them.