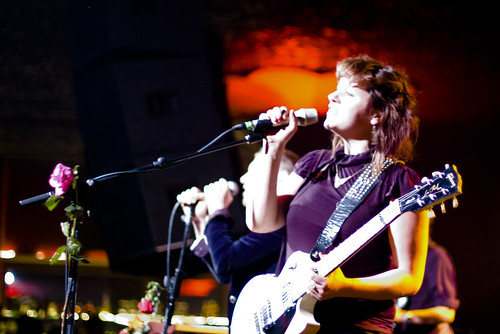 After happy hour at McLeod on Thursday, some of us went across the street where hilarious photos were taken and the impossibility of making a scene of yourself at the Rendezvous was put to the test. The bar won.

Friday night started with a indie pop prettiness at the Showbox with Stars and Miracle Fortress and ended with karaoke birthday party. Five Roses has been on heavy-rotation; so I was very excited to see Miracle Fortress. They sounded surprisingly rockish. I like Stars, but can only take four consecutive songs until I'm overwhelmed by the sugary perfection. They held up pretty well as headliners though. The party was fun, but since I'm allergic to karaoke, I stayed for only an hour and a half and then went home to sleep for a long time.