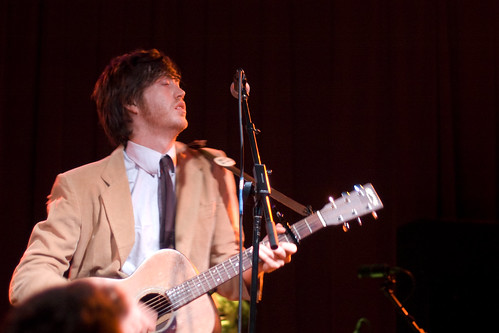 My enjoyment of last night's Okkervil River show was further enhanced by being handed a ticket by a guy on the sidewalk moments before I paid to get in, which left enough cash in my wallet to buy an underpriced limited edition poster after the encore.

Also of note: the audience (composed of an striking bimodal height distribution) was so much better than Neumo's on Saturday night.

finally: I don't have tickets to Band of Horses tonight, but maybe going would just be a set-up for disappointment?