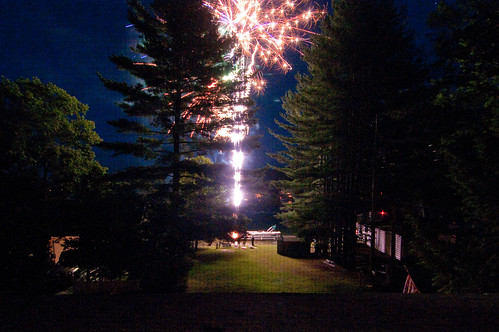 Most of the last month has been consumed with some combination of being away, obsessively spectating, or hiding out in my apartment in some post-travel decompression. Most recently I was in Michigan looking at beaches, fireworks, lakes, dogs, and family. Before that, in Scotland chatting with scientists, wandering around old cities, castles, a graveyard, museums, a pedestrian mall, a new dormy parliament building, and a big hill. In Glasgow I stayed in this adorable little hotel next to the Cathedral, which made me think of Belle & Sebastian songs. It was probably the only hotel on my trip staffed by ancestrally Scottish people. The room was not perfect and the location was a bit out of the way, but I would have been happy to have moved in for months.

Regardless of personal geography, I watched a lot/most of the World Cup due to my known fondness for short-attention span popular sporting tournaments. The timing was also near-perfect excuse for spending time in pubs in the later afternoons and early evenings (in GMT) and in cafes and bars for long lunches (in PDT). This culminated in watching the final in 3D at a chain bar in a fancy mall, which was neat, but didn't make me feel any better about that amazing octopus being right again.

And before that we went out to the middle of the state to walk up and down a big hill over and over again while watching a whole bunch of bands playing on a cliff. During that trip to the Gorge/Ellensburg I think that I got my annual quota of interesting snack chips and late night Taco Bell.

In between all of this was a lot of SIFF, both watching movies and attending "galas" and other mingley parties. At least this spring, there was little in the way of feeling guilty about spending time inside since spring/"summer" is arriving only reluctantly and in fits and starts. Upon my most recent return, though, the internet had warned me of the impending heat wave; so I pulled my ridiculous tiny air conditioner back into service for the three days of it.