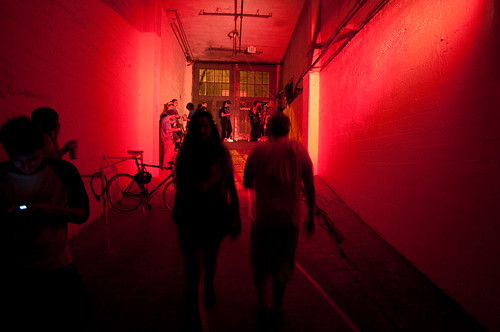 This afternoon I saw something on Twitter about Amazon selling little air conditioners for approximately a hundred dollars, looked at the week's forecast, remembered that I have a Prime account, and clicked the one-day one-click order button. The delivery time, though, looks like considerably more than one day. I guess that's fine. I already feel like a bad person for having purchased something so silly; having the contraption in my home should be even funnier.

The weekend was the Capitol Hill Block Party, a music festival with a name that angers people who believe that block parties should intrinsically be free of charge. Then again, people love to be irritated by minor things like the weather and new Starbucks stores opening with non-Starbucks names; so, salt grains, et c. The festival, though, was fun, if not hot and crowded and tiring in a good, navigating through bottlenecks and hordes of people while hauling heavyish camera gear way that leaves you physically and mentally exhausted. Things like folded molten pizzas, sparkling fruit sodas, and improvised micheladas can feel like life savers. And mysterious Red Bull Colas found backstage provide the energy not to retreat home; going instead to weird parties in warehouse-type basements that are more fun than pancakes. Beyond that, though, I'm still too frazzled to think of more to say than that the Gossip are a force of nature and that I appreciated how Japandroids brought a wind machine as a way of controlling dramatic hair.
Collapse