When I was tinkering with maps this afternoon [#], I was only trying to come up with a win that I could believe in. Something small, a little guarded, and, except for Omaha, not at all outlandish. But the distinct possibility of a big win is inspiring in a way that I hadn't realized until maybe just tonight, listening to that Brendan Canning album [#] at the gym while newscasts flickered on flatscreens around the room.

Up until a few months ago, I didn't think that Sad Grandpa Walnuts was entirely terrifying. His embarrassing and increasingly distasteful campaign aside, I still don't think that he's the worst of the bunch. So the thought of a decisive victory is tantalizing not for bragging rights, but for how a result including a bit of the south or a touch of the Rockies could say that it's not just the coastal elites and our pals in the Great Lakes finally getting our way after so many dispiriting, soul crushing, and embarrassing years.

Though I wish I had been able to, I don't know that I ever fully caught the stadium-sweep of pure infectious inspiration (blame a deep-seated preference for the pragmatic losers like Dean and Clinton). Out of fear of setting ourselves up for another awful disappointment, it is difficult to even consider the possibility of something seeming like a country agreeing to try a humane, competent, and fairminded course, but nevertheless, a peek at that out of the corner of one darting eye looks pretty good and maybe a little bit possible.

Possible enough, that is, to plan to get to the Showbox early. Just in case. 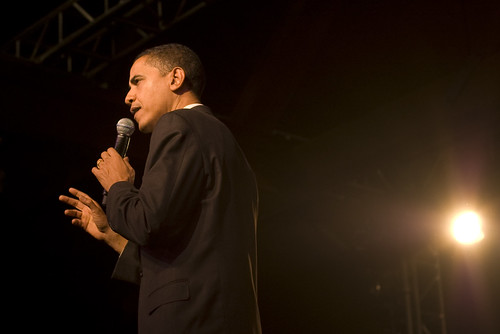 My top two excuses for not going door-to-door or calling people and telling them to vote:

But hey, internet how about we do our little part to make sure this guy gets elected, OK?

While we're at it, Washington Internetters, let's all hope that a rising tide helps a certain Vampire Weekend fan wins in her tight race, too. 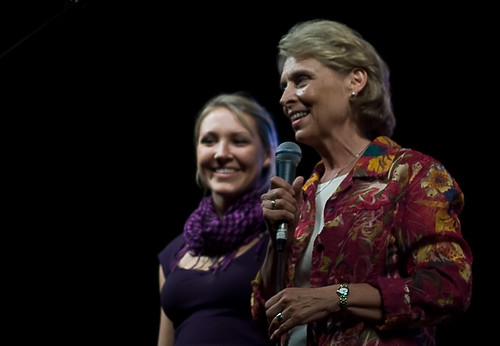 (please click this and then look at the baby tapir and rhino, the polar bears and the tiny frog, the pod of narwhals, too.) 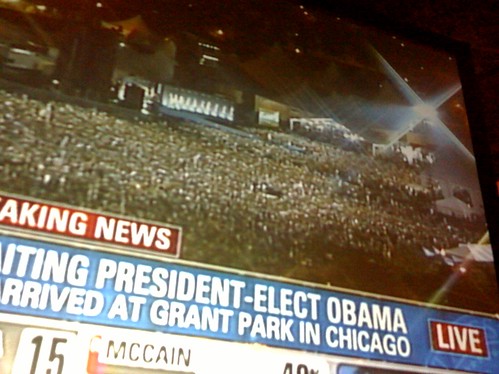 Obama is on teevee and now maybe I can believe this is for real. I don't even know how to feel this happy.