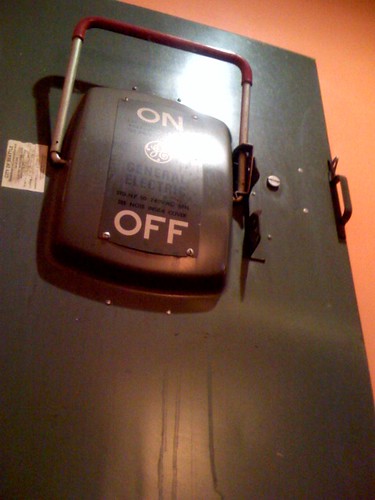 Giant switch at El Tajin. Looks like it could shut down the wholeneighborhood. 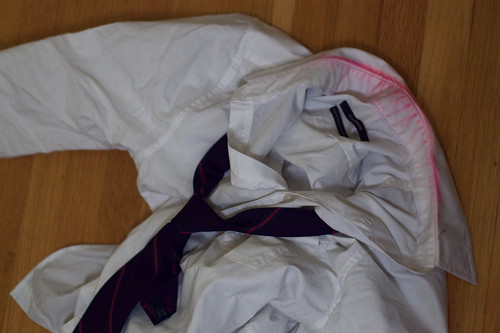 I went to Michigan for xmas and seemed to get stuck on airplanes a lot. There were rounds of last minute shopping and visits to the mall. For the holiday, we played BINGO for white elephants with my dad's family the night before and rounds of opening items and taking the dog for a walk in the snow and watching some of Planet Earth. The night after was the table 15 solstice party with games and take-out lasagna. Before returning to Seattle and out of some sort of commitment to urban revitalization, I coerced my family into going downtown. It was cold outside and there was not much to do; so we looked at some little stores and had lunch and saw Charlie Wilson's War at the big new multiplex.

Back in town, I spent the weekend with rented DVDs, stayed up all night watching There Will Be Blood, being unable to sleep from having consumed a lot of coffee to avoid drowsiness, having brunch, and seeing Sweeny Todd. It was awfully bloody and very much a musical.

New Year's was observed at an apartment overlooking the sculpture garden and under the space needle. When midnight approached, we stepped out onto the balcony with bottles of champagne and waited for the fireworks. They came in fits and starts and we honked loudly with horns and other noisemakers, pouring additional glasses to pass the time between technical difficulties.

Later, after the party broke up, I met another contingent at McLeod and ended up tending bar for jokes well into the night. I'm not really sure how this came to pass. It probably had something to do with sale priced moët and a surprisingly nice côtes du rhône at qfc. The next day was spent recovering with brunch and football and a movie about cheerleaders.

The rest of the week was good mostly for working. I went to the McLeod anniversary party on Friday night for a couple of hours, enough to grab a drink and briefly say hello to a lot people. I kept seeing people and meaning to talk to them, but was daunted by crowds.

After brunch today I meant to go to work and the gym, but realized that I'd left the cards required for entry to each of these places at home, a consequence of lightening the contents of my wallet before traveling. Instead, I went up to the U-District to (finally) pick up the painting I bought from Tim in November, returned to my apartment, did some reading at a cafe, and watched Masculin féminin. Except for the ending, maybe it would be nice if we could all get a time machine and go live in Paris in the sixties for a few months?
Collapse