Watching I'm Not There last night, I thought that if I was someone who loved Bob Dylan (or even liked Bob Dylan a lot more than I do), then maybe Todd Haynes's biopic would be the most amazing thing ever made or something worth extreme loathing. As it was, I just thought that it was pretty. The Cate Blanchett Fellini knock-offs, in particular, were stunning and the Richard Gere parts weren't as silly as I expected.

Regarding the "current music": is this really Pitchfork's album of the year? 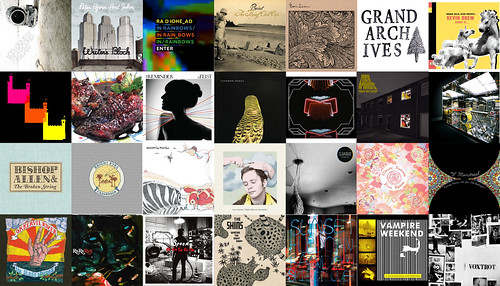 A combination of being between books, having the television schedule chewed up by the writers strike, and the approaching end of the year has left me wanting to see movies more than usual. Tonight I saw the Golden Compass. My expectations were low, but it was much worse than I'd imagined. The acting and special effects were fine, but to use an obvious analogy: it's as if the producers severed the book from its daemon and put the resulting dull-witted zombie script on the screen.

At least the bear fight was kind of cool.
Collapse