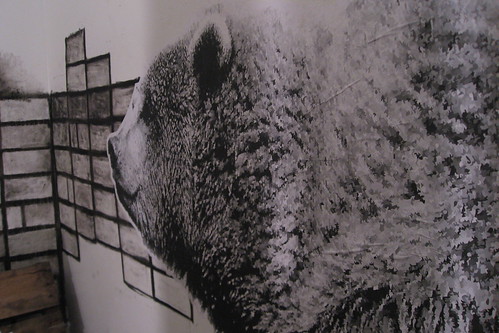 I spent almost all of this weekend avoiding the cold, reading His Dark Materials under blankets and/or in front of the heater.

This is not completely true. There was also a screening of the Diving Bell and the Butterfly followed by a "Q & A" with the director. Both the movie and the discussion were good in their own way, but maybe I would have liked for them not to have happened so temporally close to each other. Schnabel had just stumbled off a plane from LA, and was especially rambly. It was kind of funny when some people tried to leave and he refused to say anything else until they (and anyone else who wanted to go) were out of the room.