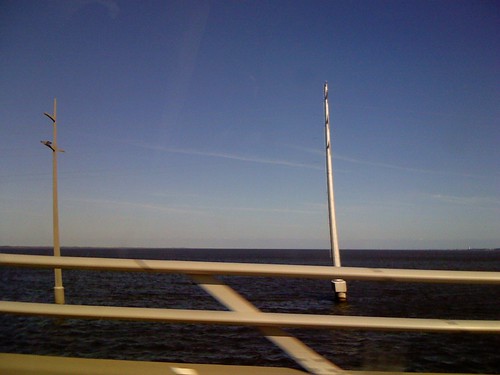 A couple of nights ago, I think, the topic of Tapes 'n' Tapes and whatever happened to them came up and was sort of dismissed in strikingly appropriate fashion. A better treatment of the excitement and striking melancholy of the quickly churning indie scene can be found in this month's Oxford American, which considers Annuals, a good band from North Carolina through the lenses of KEXP, Pitchfork, and several music festivals like CMJ and SXSW. The article is long, but it is extraordinarily good. You really must read the whole thing, but here are a couple of the more lyrical passages:

I felt relieved to know that the name did not mean for him what it had come to mean for me, a melancholy vision of a beautiful band built, constitutionally, to die. I had begun to imagine all of my wanderings through rock clubs and festivals, through blogs and social networks and download sites, as the meandering of a floraphile through resplendent gardens that will flourish only for a season; to imagine all the remarkable new bands, seemingly inexhaustible in supply, as dazzling marigolds, begonias, fuchsias, their palettes brilliant but their roots fragile, incapable of abiding a frost.
...
I realized that Annuals’ season in a fickle sun had ended, and I found that my marvel at the ever-flowering garden of good-enough bands, had given way, I must confess, to a species of anger. Peter Bjorn and John, too, awed, and so did these other bands, but what about the bands from six months prior—Annuals, but also White Whale, Bound Stems, Tokyo Police Club, bands whose names even you, unfaithful reader, perhaps have already forgotten from just a few pages prior? I had begun to forget them, too. We falter like the others, enjoying the stories put in front of us today and forgetting the rest. How can we resist the new story, the one that everyone else is listening to, linking to, cueing up at parties?

For several months this year, I sort of fell behind reading the section of my RSS-feed gardens dedicated to "mp3blogs" because I had added too many and they quickly became overwhelming both in terms of reading and trying to listen. Adding the Hype Machine feed to my podcasts seemed like something that would help but turned out to only complicate the problem on the scale of gigabytes per week. (I write this as if the problem has been solved. Optimism, I guess.)

This is all a long way of saying that I probably missed the "blogosphere" going nuts for Miracle Fortress this spring. Instead a note at Sonic Boom and a recommendation from an online friend brought them to me this fall, just in time for spending time in airports on the way to and from the Outer Banks. I can't help but think that one of the songs from Five Roses is destined for an indie movie soundtrack for the part of the film where the main character has a minor revelation and goes for a walk to symbolize how this illumination has changed his or her life or just inspires him to go past the park and watch some dogs playing boisterously by the fountain.