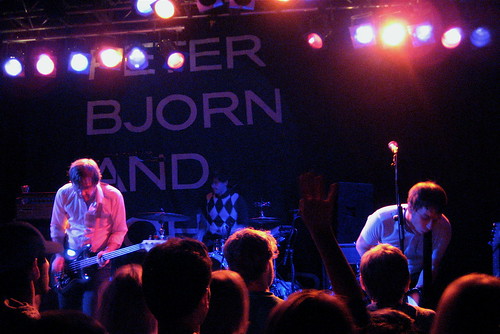 Weekend things: Friday was the school picnic. We quickly secured a small table in the atrium / bar area where we enjoyed the fruits of the taco bar, occasionally ventured into the land of salsa music to get desserts, and generally attempted to stay safe from the hordes of children on the premises. Later, we retired to downtown to peruse the SIFF schedule and watch Waitress. I had to keep reminding myself that it was a fairy tale. In that context, I guess it was pretty good.

Ideas about rallying and heading out of my apartment following an afternoon of grocery shopping and other errands on Saturday were somehow squashed. And by "somehow" I mean that I stumbled into Return of the King playing on basic cable. For a while I half-watched it between other things, but eventually there came a time when I knew that I'd have to see it through to the end. It took me far too long to just give in and grab the DVD rather than suffer through all of the commercials that threatened to drag the already long movie into the middle of the night. I enjoyed this much more than I should have.

Return to Sunday brunch. Very few people seem to bring their mothers to Linda's for the holiday. With only one pitcher of mimosas consumed for the whole table, it was possible to spend a few hours in the afternoon catching up on some work between brunch and Peter Bjorn and John. We arrived early to secure tickets. With that mission accomplished (even before I got there), there was plenty of time to hang out at the Comet long enough to hear an entertaining band from Port Townsend called Captain Incognito (maybe). And then back to Linda's (why not? where else?) to talk about cephalopods while waiting for the late show at Neumo's.

I think that Fujiya and Miyagi were probably good, but I was so preoccupied with being crushed against a garbage can while people tried to squeeze past us that I couldn't really pay attention to the music. We squeezed into a much better spot for PB&J, which made it much easier to enjoy the excessive Swedish charm, guitar heroics, et c. If I were being picky, I'd say that maybe they should have skipped the encore, but that's only because the last three or four songs of the main set were so good that everything else was bound to be a letdown. Not that I'm being picky though. No, not me.

Drinks at Cha Cha until they kicked us out for closing time. Followed by today on the 35th floor of the Sheraton in a not very interesting meeting with a nice view.
Collapse