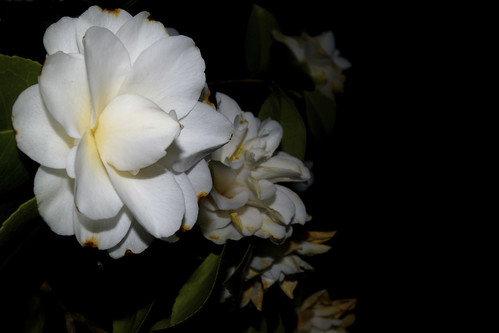 Walking home from Neumo's after the Apples in Stereo show (a few fun songs, but a couple momentum-stoppers, too), everything smelled overwhelmingly springlike.Which reminded me of how I was told that chemotherapy smells like roses and burning. Last week, everything was coming into bloom, but it was horrible. The contrast between the blossoming trees and the cold rainy weather approached unbearable, much worse than the real winter where the lack of color and daylight provide necessary context.

Earlier, at McLeod happy hour, I was trying to make up for not carving up a grapefruit for dinner by trying to invent grapefruit-based drinks on the fly. I also wore the fuzzy heart-adorned suit [flickr] for a few minutes and was tasked with hugging people. I did so carefully because my sternum is still store from Tuesday night's extreme embrace.

I handed it off fairly quickly, both for that reason and because it was extremely warm. After several weeks absence, Kelly Clarkson returned to the stereo system and much silliness ensued. A dance off, too. 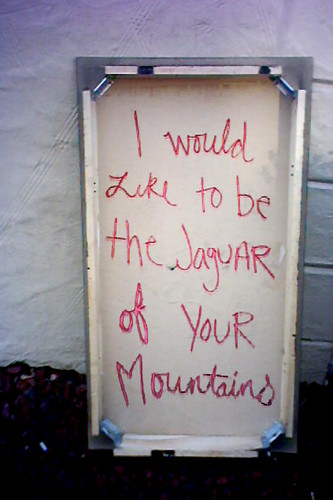 I had to run up to campus because today was the expiration day of all of the wonderful little socialist benefits of being a student. My goal was to fend this off with a few checks, but it turns out that intervention from a higher (administrative) power is required. So before collecting my things from the IMA, I visited the pool to filled my ears with water as a little souvenir.

I still need to decide whether I should buy into a real person gym. There's a shiny one near my office, but I've heard that it's expensive and kind of questionable.

I was thinking about going to this party that I was evited to tonight. Then I took a closer look at the evitation and realized that maybe they're serious about "cocktail party" attire and maybe there are some short stories in old issues of the New Yorker by Miranda July and David Foster Wallace that I've really been meaning to read. Not to mention finishing that goddamn Dave Eggers novel.

Riding the bus home, I noticed a man without any apparent tree surgery tools trying to repair a broken sapling on the sidewalk.
Collapse