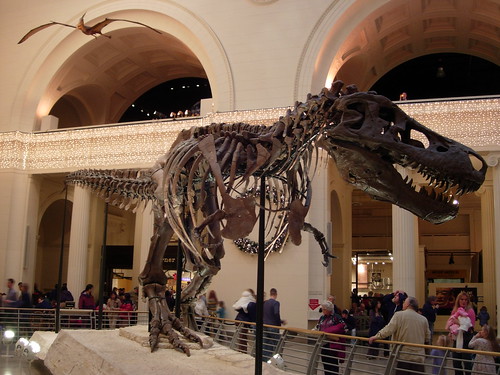 I'm back in Seattle. I got in last night and made gestures at unpacking, eating, and falling asleep early. Today I watched television, thought about my favorite media consumption of the year, and stood in a very long line to buy a small bottle of alcohol. Eventually, I should try to start putting preparing to say goodbye to 2006 at the McLeod Residence. Stay tuned to the photo booth for details.

The week in Michigan was pretty fun, and just about the right amount of time with several small family gatherings, shopping, dvd watching, and visiting the chinese restaurant where the owner-lady always remembers my order even though we only go there once a year. We also took a little field trip to the Field Museum in Chicago because my mom wanted to see some King Tut artifacts before they shipped out of the midwest. The exhibit was neat, but crowded, and the audio portion was narrated by Omar Sharif. I didn't even know that he was still alive! While riding to Chicago, I listened to selections from Illinois to get in the spirit.

I'm sure there are other things. I meant to go to the fancy new kalamazoo movie theater, but nothing great was playing. It's hilarious how all of the multiplexes in town have almost the exact same lineup.

See you next year, maybe with some lists!
Collapse