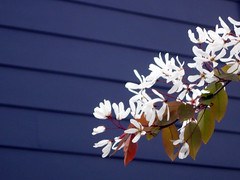 A few mp3 that have been in heavy rotation here. To varying extents, each feels like it's really a bunch of different songs fighting with each other to figuring things out. I think that's why they seem like good candidates for spring soundtracks:


Unrelated to these songs, I'm not sure if I already mentioned that I've made most of my Coachella plans. With all of the overcast here, Indio in a couple weeks is sounding even better than I expected. No camping this time around, which might mean sleeping past 6 am.

* band of horses have a few songs on the web, including a funny one called "I lost my dingle on the red line" and a very nice demo version of "Funeral". You should get them while they're still there.
Collapse