I kept wondering why my camera didn't seem to have a lot of room on it for pictures. It turns out that I had some leftover winter artifacts that I hadn't downloaded to my computer. 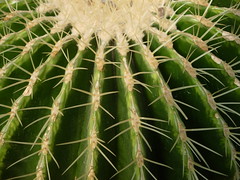 Here is a way to start a weekend. Go to the bar by the hospital with people from work before 17:00. Start drinking. Forget to eat dinner. On the subway ride home, agree to a plan to get another drink with one of the guys from the lab. Get off at the Nieuwmarkt stop, continue drinking at a place called "the converted sister" (but in dutch, obvs.), forget to eat dinner, forget that the subway closes early. Happily, by this point in the forgetfulness, it is easy not to remember that it is sort of a long walk home from this part of town.

Given my usual habit of getting lost within a matter of a few blocks, I was very lucky that this guy was polite enough to walk most of the way back with me so that I could get home without incident and sleep for most of Saturday morning. Eventually, I ventured out of the apartment to buy a sandwich and watch a screening of Lost Highway at the movie theater around the corner. Actually, less of a bad idea than you might expect. Somehow I didn't know that Gary Busey, Richard Pryor, and Robert Blake are among the cast members in this very strange and creepy movie.

Later, I went to pick up take-out food from a chinese place (happy corner) and the sky filled with snow, which I found extremely swoon-worthy. But most everything here is that way for me.

Today, some in-city sightseeing. A few hours at the botanical gardens, which had several greenhouses, all of which were warm. One was absurdly hot and humid to support a miniature rainforest. Another, the most popular with children, had butterflies large and small. The latest in molecular taxonomy was displayed in a semicircular garden and statues weird and not weird were scattered throughout. I had a sandwich in their orangery and read a bit more of Quicksilver.

Part of today was an attempt at cycling, but by the time I'd ridden the short distance to the garden, it was clear that the loose pedal situation was not as remedied as I'd hoped. So I ditched the bike (it was too late to go to a repair shop, since everything is closed or closes early on Sunday) and went up to the waterfront. Time Out told me that I should walk around and see all of the newness and modern architecture. The weather was still sunny; so who was I to argue? 2 I was happy to find that after completing the walking tour and looking at the water and buildings in the setting sunlight there was a tram to take me back into town.

Instead of going home, I bought a ticket to see Belle Orchestre at Paradiso tomorrow. Both travel books and actual humans have told me that I should go to the club (a former church) at some point during my stay here. Since I've heard the band before, know that they aren't awful, and know that several of them are members of the Arcade Fire, this seems like a pretty good reason to go out on a Monday night.

While I was in the neighborhood, I had dinner at Eat at Jo's, the cafe at Melkweg. Fun fact: they have a different menu every day. Tonight's had five vegetarian entrees, but I only ate one of them. I would like to go back over and over again, but that might be kind of odd.

(1) Actually, this was the second movie that I saw this week at that theater. Both were part of the unheard film festival. The first was Steven Spielberg's Duel, except that the score was provided live by Copark, a local band. While this movie was also strange -- a 74-minute car chase starring Dennis Weaver and a road-raging unseen truck driver -- I was more mystified by the fact that it was originally made for television and that the program description ended with the question, "Is this Spielberg's most thrilling movie ever?"

(2) Although, having this fake conversation with a tour book while the temperature started its evening decline, I did miss the more forceful advice of our pal Frommer. Sure TimeOut suggested things to do along the way, but From would have told me exactly what to do at every turn.
Collapse